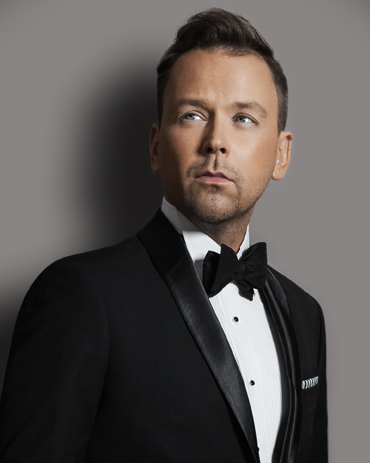 Tenor Arnold Rutkowski was born in Lodz - Poland. He is a laureate of such vocal competitions as: Operalia,
Klassikmania, Ada Sari Competition and Jan Kiepura European Tenor Competition.

Arnold Rutkowski made his international debut in Teatro Luciano Pavarotti in Modena as Don José in Bizet's Carmen in 2009. He performed also in Teatro Ravenna, Teatro Ferrara, Opera San Juan (Puerto Rico), Phoenix Metropolitan Opera, Festival in Szeged (Hungary), Volksoper in Vienna, Staatsoper Berlin, Semperoper Dresden, Deutsche Oper am Rhein in Düsseldorf, Oper Leipzig, Staatsoper Hamburg, Staatstheater Stuttgart, Budapest Opera, Gewandhaus Leipzig, the Bolshoi Theater in Moscow, Mikhailovski Theater in St. Petersburg, the National Opera in Helsinki, the Royal Opera in Stockholm, Opera in Toulon, Opera in Marseille, Opera in Lima (Peru), Opera in Lyon, at Festival d'Aix-en-Provence, Théâtre de Genève, Opernhaus Zürich, Concertgebouw in Amsterdam, Michigan Opera in Detroit, Sydney Opera House, Theater Wiessbaden, Oslo Opera House, Herodes Theater in Athens. In 2015, he performed as Vodemon in Iolanta at the Opéra Garnier in Paris. This production directed by Dmitry Tcherniakov was released on DVD. In 2017, he made his debut as Pollione in V. Bellini's Norma at the Teatr Wielki - Polish National Opera, alongside Edita Gruberova, and in 2019 he gave his debut at the ROH Covent Garden London, singing one of his signature roles, Don José in G. Bizet`s Carmen. In January 2022 Rutkowski made his debut in National Kaohsiung Center for the Arts (Weiwuying) in Taiwan as Pollione. Recently he sang Vaudémont in concert performances at Teatro Comunale di Bologna, including radio transmissions.

Arnold Rutkowski's most frequently performed roles are Don Jose in Carmen, Pollione in Norma, Voudemont in Iolanta, Cavaradossi in Tosca, title role in Il Trovatore or Riccardo in Un Ballo in Maschera.

..vocally has a strong upper register more Otello than Cassio in color....
...Szymanowski’s equivalent of Lohengrin’s “In Fernem Land” had evenness of tone...

"An source of fulfillment, excellent polish tenor Arnold Rutkowski seduced in the role of Pinkerton with his good appearance, magnificently refined vocal line and impressive highs."

"The Polish tenor Arnold Rutkowski is the revelation of the evening, embodying Pinkerton with unusual ease, bright treble and never-failing vocal line."

Without a doubt, the highlight of the night was tenor Arnold Rutkowski's portrayal of Alfredo. With flawless intonation and diction, searing passion, and a bright, dynamic tone, one could not have asked for more from Rutkowski's showstopping Alfredo. Throughout his vocal range, Rutkowski was proficient and confident, which made Alfredo an easy character to engage with. He displayed particular vocal fortitude and youthful vigor in his Act II cabaletta "De'miei Bollenti Spiriti."

Arnold Rutkowski is vocally and physically an elegant Pollione. What he performs really deserves the name bel canto.

Arnold Rutkowski's fire in the big argument with Santuzza blazed mightily, in the drinking song he made the “What does the world cost” arrogance clear, and the farewell to his mother, sang with far- reaching depth, was moving.

"Arnold Rutkowski, the great Rodolfo from last seasons La Boheme is equally exciting in the role of Pinkerton, and confirms the expectations we placed in him. Tonight once again, the polish tenor proved his vocal and acting skills, and easily gained recognition. He created an attractive, suitable character and vocal line with supremely refined acute hitting and performed an almost sympathetic Pinkerton, in his disarming youthful recklessness."

Arnold Rutkowski designed Don Jose as a powerful tenor with radiant top tones
Tenor Arnold Rutkowski as Jose is able to illustrate the restless urge of the music with amazing technique.

The Polish tenor Arnold Rutkowski (Rodolfo), gave us an great pleasure . He added fire and ardor to the hero, infusing the lines with all the necessary poetry and sensuality for this deeply enamored lover. Gifted with a seductive timbre, his vocal line combines elegance and an irresistible shine. His "Mimi, Mimi" in the last chords, gave an intense thrill to the listeners. In short, a real discovery!

"The young and talented tenor Arnold Rutkowski sang a self confident Duke of Mantua. His voice sounded strong and impressively confident, his pitch was excellent and not even forced once, and his lines he phrased highly expressive. It wouldn't surprise me that in the coming time he will go on bigger stages."

by P. I. Tchaikovsky.